The Taylor Animal Shelter is one of the few "No-Kill" municipal shelters in the United States. Since 2008, the City of Taylor has maintained this status by returning or re-homing more than 90% of healthy, adoptable pets.

The Taylor Animal Shelter is managed by the Taylor Police Department and operated with two Animal Control Officers and a staff of volunteers.

The current shelter complex has an indoor dog kennel, outdoor dog runs, a cat building and an office building. The original two structures were built in 1955, with additional dog kennels added in 1994 and 2013. The office building was added in 2015.

The CATTAINER project will provide an economical, safe and attractive environment, suitable for a municipal facility. 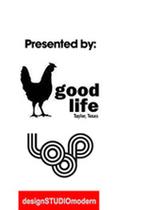